MCAC began with a $1 million grant from the Jack Kent Cooke Foundation. MU also provides financial support along with in-kind support to MCAC. Our program continues to enjoy diverse funding support from multiple external funders over the years, to include the funders listed below.

MCAC is grateful to all the funding partners for helping make a difference in the lives of our students with their generous support of our program: 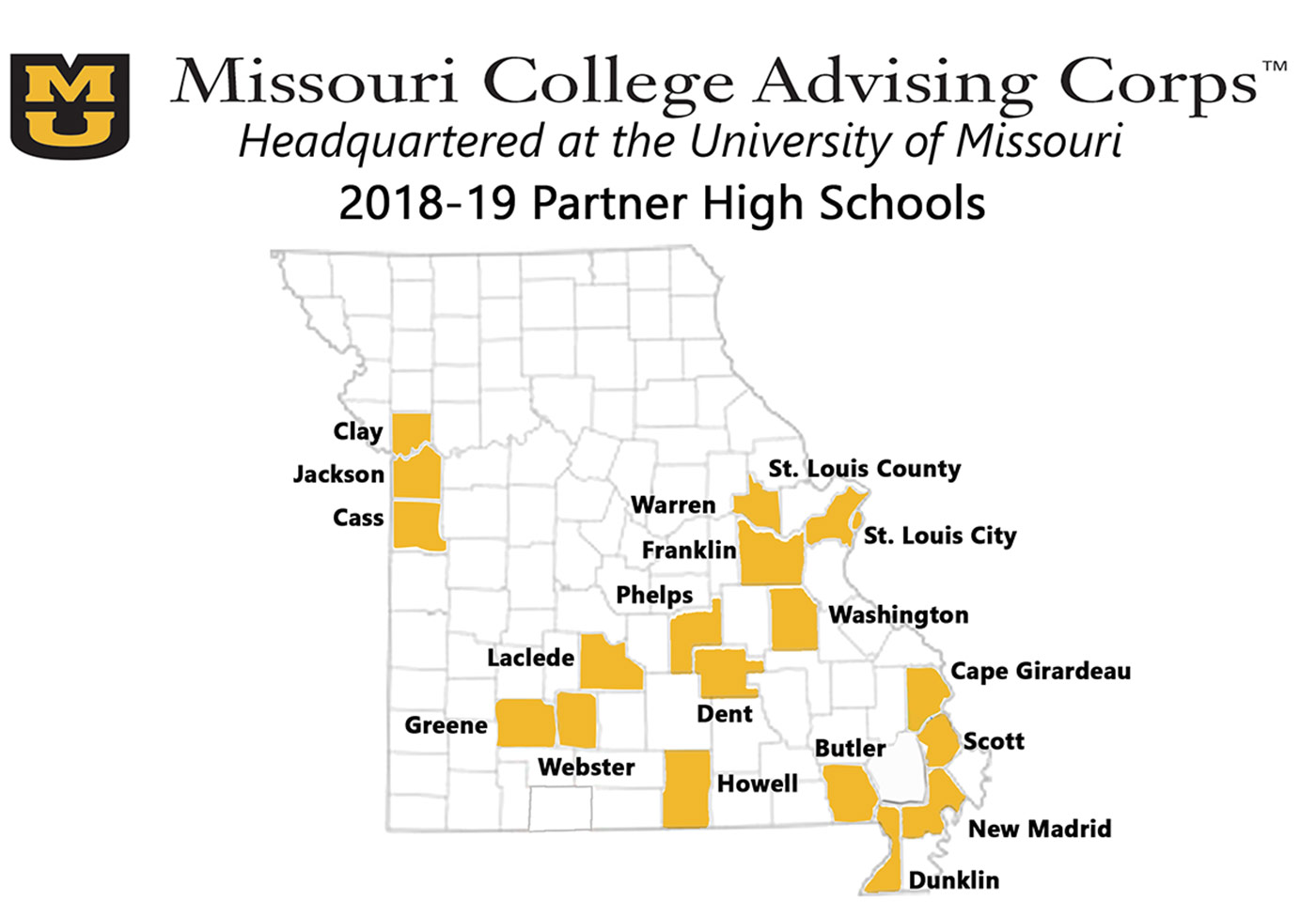 Partner schools are selected on the basis of where college advisers are most needed and can make the greatest impact. A number of factors are considered in combination when selecting partner schools and colleges:

When possible, we attempt to select schools that are not being served by other college access programs.

College advisers are currently serving in these schools and districts: