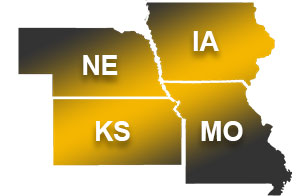 The Mid-America Trade Adjustment Assistance Center is sponsored by the EDA and is a partnership of the MU College of Engineering and MU Extension’s Business Development Program (BDP).

Since 1974, TAAF has helped thousands of U.S. manufacturers strengthen and solidify their competitive positions and prosper in the global marketplace. Mid-America TAAC clients have increased net sales and employment greater than 10 percent while participating in the TAAF program.