SW Mo. farmers and ranchers warming up to warm-season grasses 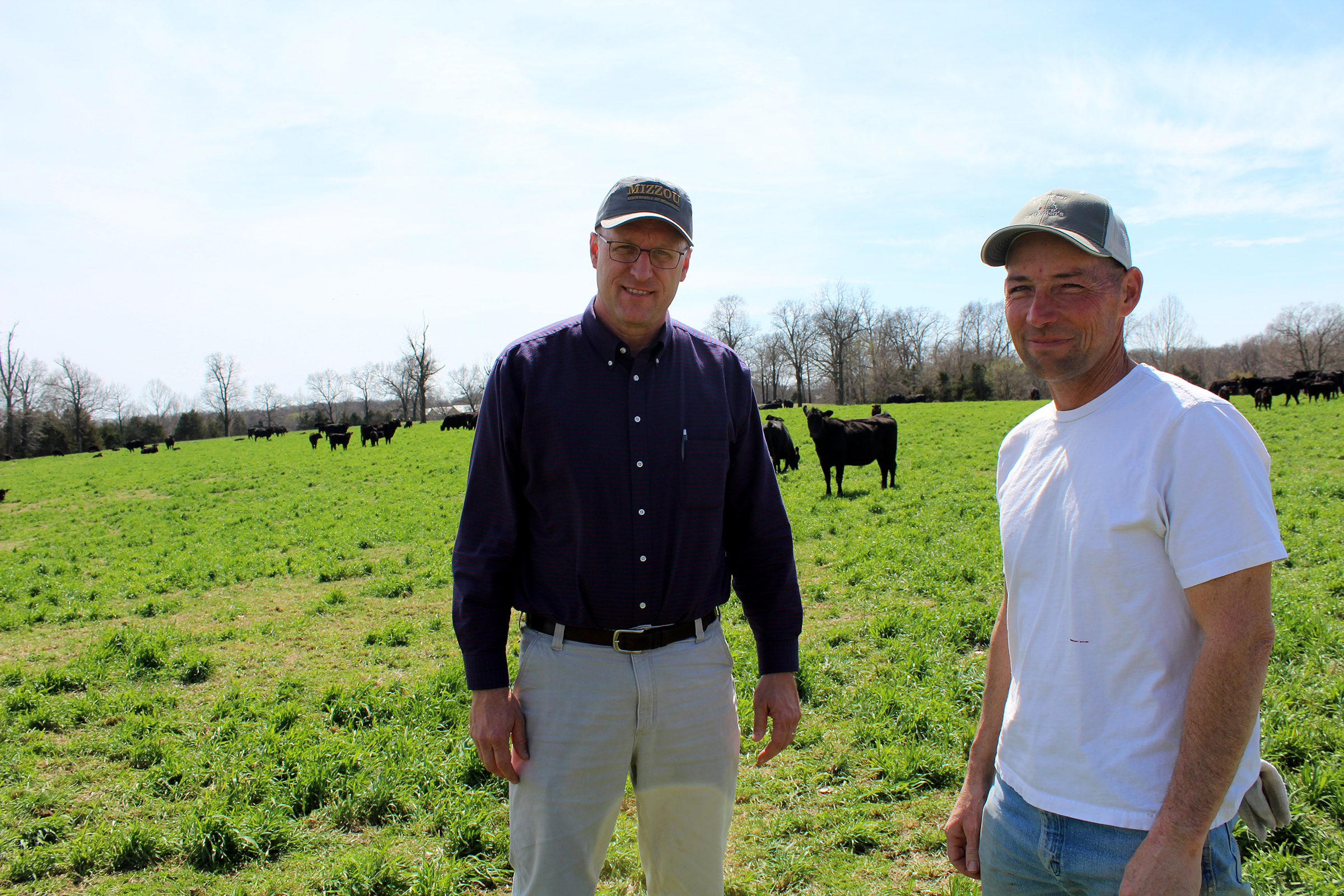 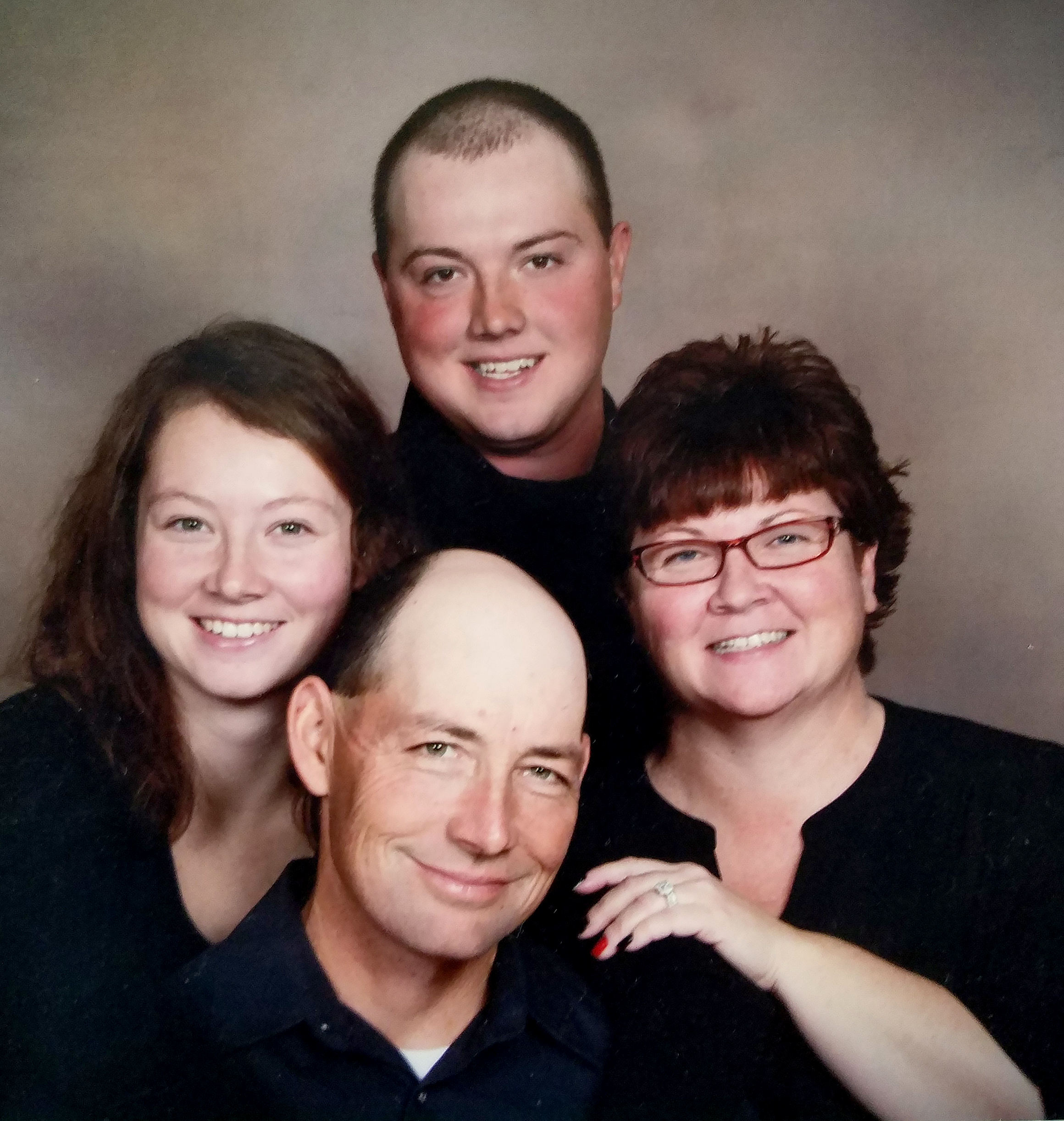 SELIGMAN, Mo. – Cattle grazing on lush green pastures tell the tale of why southwestern Missouri producers are warming up to warm-season grasses.

Mitchell and Anderson use several varieties of Bermuda grass. Midland 99 and Cherokee are common varieties, but Greenfield Bermuda grass has been on the farm since the late 1970s and continues to perform well.

Bermuda grass is deep-rooted and grows to 24 inches in a variety of soils.

In most cases, Mitchell supplements winter grazing with triticale, a hybrid of wheat and rye. Rye is sometimes also used. He drills triticale into the Bermuda grass in September. Triticale allows grazing after frost and tolerates cold better than many other forages. This gives Mitchell a chance to take some grazing pressure off their stockpiled fescue for winter feeding. “It means less hay being fed,” he says.

The triticale’s early spring maturity gives cows “optimum groceries” as they lactate. Standing forage tests run on the ranch’s triticale in February 2018 found 22% protein and 68% total digestible nutrients (TDN). This is much higher than standard fescue hay normally fed at that time of year, says Schnakenberg.

Bermuda grass withstands heat during June, July and August, when the quantity and quality of cool-season grasses wane.

Bermuda grass offers timing advantages too. It can be baled at more convenient times and offers nutrition for grazing cows and calves when they need it most. Bermuda grass matures faster than fescue. It can be baled every 30 days after June 1. Fescue harvest, on the other hand, usually begins around the first part of May when rain is more likely to delay cutting before seed heads form. Mitchell often runs the drill behind the baler on the last Bermuda grass cutting of the season around Labor Day weekend.

Bermuda grass and triticale work well with the Sandhills calving system used on the ranch. When calving starts, dry cows are moved to pastures of fresh grass, and cow-calf pairs remain. This significantly reduced scours on the ranch during the past five years. “Clean grass makes the difference,” Schnakenberg says.

Fescue remains Missouri’s go-to forage, but Bermuda and other warm-season grasses can boost yields and reduce endophyte issues, says Schnakenberg. “We now believe that there is a place in the southern third of Missouri for Bermuda grass,” he says. “If Bermuda grass is not adapted for a farm or ranch, other warm-season options such as big bluestem, Indian grass, gama grass, Caucasian bluestem or crabgrass may be used.”

Warm-season grasses require different management than fescue. When used in a management-intensive grazing system, keep Bermuda post-grazing heights high and move cattle off pastures for rest periods. Graze when 6-8 inches high and no lower than 3-4 inches, Schnakenberg says. These grazing guidelines are much higher for native grasses like big bluestem.

Consider drawbacks as well, Schnakenberg says. Seeded Bermuda grass can be invasive. Cows may graze grass with seeds that transfer in manure or when hay bales are taken to other areas and unrolled. Army worms also like Bermuda grass. Overseeding with rye or triticale requires extra seeding expense and access to a drill.

Anderson initially switched about 30% of the land to a Bermuda, but now about 75% of the farm is in Bermuda and the remainder is mostly in novel endophyte fescue. This is a high percentage for most producers, but drilling triticale into the Bermuda works well for the ranch and allows for an abundance of high-quality feed year-round.

Amazingly, G & J Anderson Ranch uses a 1 to 1.5 cow per acre stocking rate. This is higher than most standards but works well with the ranch’s management practices.

“We’re getting all the pasture forage they want and still can cut hay,” Mitchell says.

Mitchell says he succeeds with the advice from Schnakenberg. “I value what Tim tells me. He’s my go-to. I call on extension quite regularly,” Mitchell says.

Anderson and Mitchell were early adopters of renovating away from Kentucky 31 fescue pastures, which cause losses in cattle, and converting to novel endophyte fescue varieties.

“Gary Anderson, Lindell Mitchell and his family are top-end, progressive producers,” says Schnakenberg. “They stay on the cutting edge in their industry.”

https://extension2.missouri.edu/media/wysiwyg/Extensiondata/NewsAdmin/Photos/2019/schnakenberg-mitchell-grass.jpg
Bermuda grass is deep-rooted and grows to 24 inches in a variety of soils. Mitchell drills triticale into the Bermuda grass. This allows grazing after frost.

Bermuda grass is deep-rooted and grows to 24 inches in a variety of soils. Mitchell drills triticale into the Bermuda grass. This allows grazing after frost.

Bermuda grass is deep-rooted and grows to 24 inches in a variety of soils. Mitchell drills triticale into the Bermuda grass. This allows grazing after frost.