Pumpkins are a fab-boo-licious food 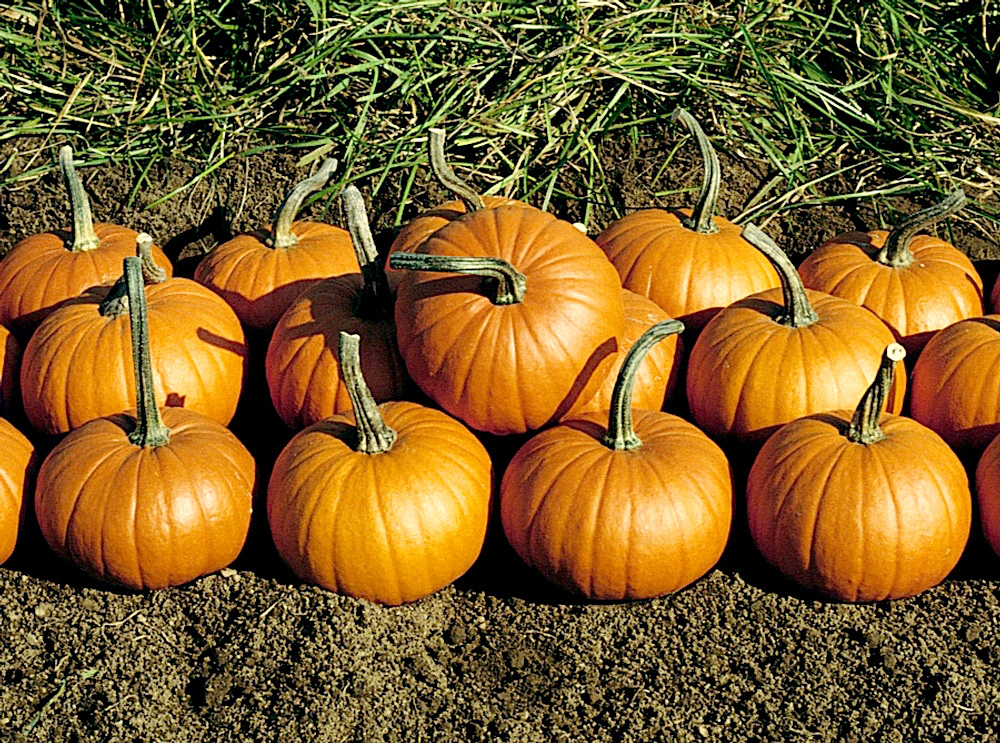 COLUMBIA, Mo. – “This fall, millions of Americans will make an annual pilgrimage to a retail outlet to purchase a vegetable they, unfortunately, are unlikely to eat,” said University of Missouri Extension horticulturist David Trinklein.

In the United States, this colorful member of the gourd family sells mainly for decoration. Yet pumpkins offer a smashing good way to spice up fall meals. Many people throughout the world use them as a staple in their daily diets.

Cultivated since about 3500 B.C., pumpkin rivals corn as one of the oldest known crops in the Western Hemisphere, Trinklein said. One way American colonists prepared pumpkins was to remove the seeds, fill the inside with milk, spices and honey, and bake the pumpkin in hot ashes. This verse from about 1630 suggests that American colonists relied heavily on pumpkin for food:

For pottage and puddings and custard and pies,
Our pumpkins and parsnips are common supplies:
We have pumpkins at morning and pumpkins at noon,
If it were not for pumpkins, we should be undoon.

Today, consumer demand drives plant breeders to focus on ornamental appeal rather than table quality. Modern pumpkins mature into a deep orange color much earlier, and most varieties now bear a large stem that can serve as a convenient handle. Another new development is pumpkins with rinds covered with warts, which can make jack-o'-lanterns look more ghoulish.

When selecting a pumpkin for fall decoration, use the “thumbnail test” to make sure it’s fully mature. If you can pierce the rind with your thumbnail, the pumpkin will not store well.

Pumpkin is high in beta carotene, a red-orange pigment that the body converts into vitamin A. It is also a good source of dietary fiber. The spices used in pumpkin pie have health benefits of their own. “Not many people could tolerate taking allspice directly to benefit from its antioxidant, anti-inflammatory and stomach-calming properties,” Trinklein said. “However, consumed in a piece of pumpkin pie, it tastes rather delightful.”

Trinklein offered some “pun”-king trivia for those who “orange” ready for pumpkin season yet: