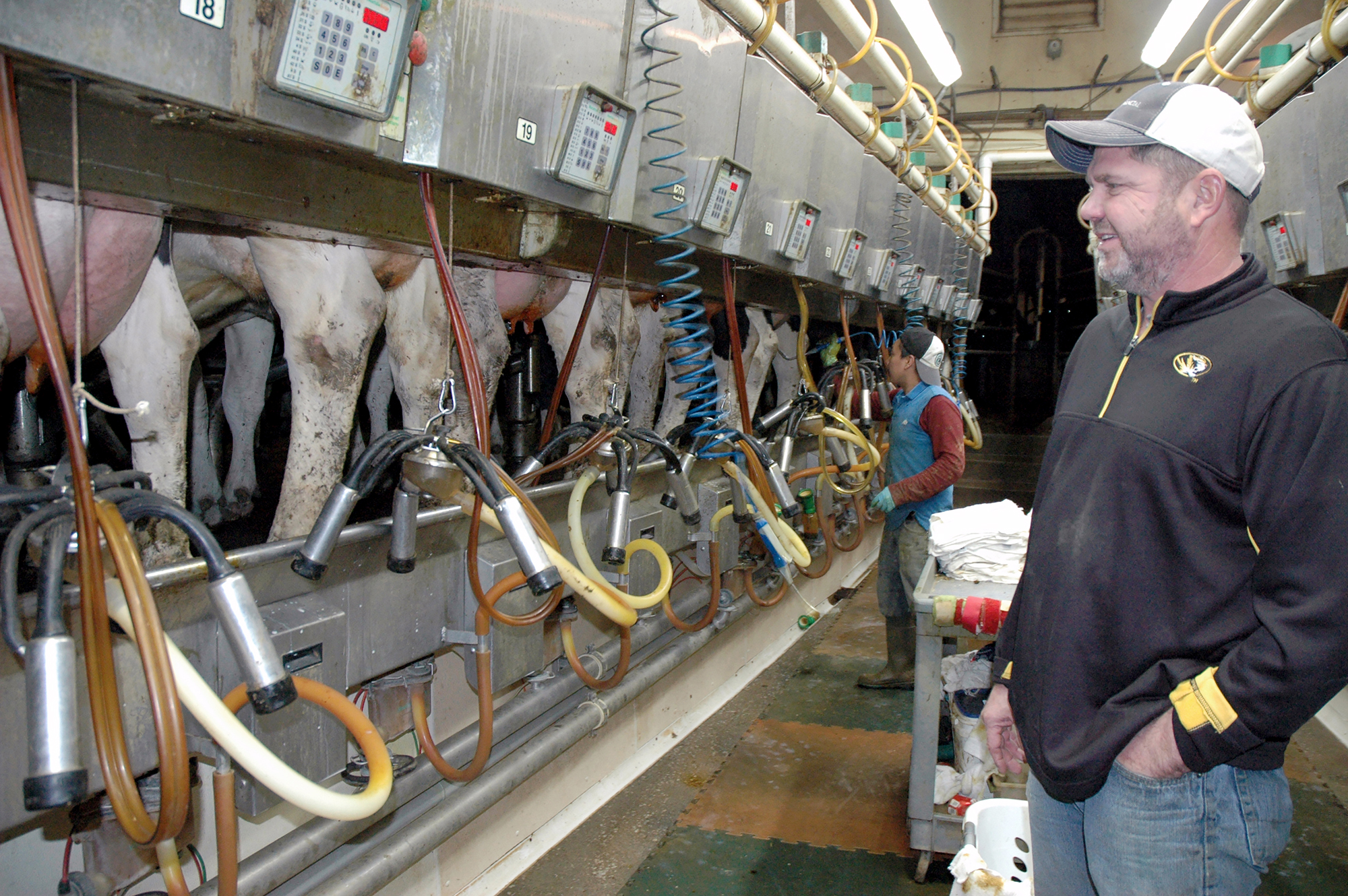 Cow comfort is key. “Experienced dairymen tell us that cows that aren’t comfortable and cool produce less milk,” says Bluel. “It is not rare for the vulnerable herds to experience a 10- to 20-percent decline in milk production during the hottest of times.”

Recent research from the University of Florida found that not only do heat-stressed cows produce less milk than cows given access to shade, sprinklers and fans, they also give birth to calves that grow up to produce less milk, says Bluel.

The Martins house cows in three free-stall barns, which give the cows room to roam in a comfortable environment shielded from precipitation and extreme temperatures. They flush and clean barns six times daily.

They are expanding their operation to include a compost-bedded pack barn for the cows nearing calving. The 125-foot-long “close-up cow” barn offers good ventilation and protection from the elements.

“The key is to not overcrowd,” David says. A 16-foot feed alley allows easy access for equipment. Tilling the bedding daily aids composting action to reduce odor and disease. The compost can be applied as nutrient-rich fertilizer to fields. Calf hutches line the inside of the pack barn, away from the cows. This ensures individualized care for each heifer for the first two weeks.

Nutrition is another key ingredient of the Martins’ healthy herd. They add expired fruits and vegetables from local grocers to their total mixed ration (TMR). David formulates the TMR with the assistance Dennis Turner of Turner’s Special Supply in Hartsville.

Most of the feed products come from the farm. Corn silage and wheat are the homegrown stored forages. They devote most of the acreage to mixed grass pasture for grazing or hay, and they purchase dry alfalfa off-farm.

The Martins share workloads. Freddie oversees the dairy and takes charge of calves up to 4 months of age. David is in charge of rations, crops, cares for calves after they are 4 months old and markets the springer heifer crop. David’s wife supervises nutrient management and is responsible for human resources. There is a herd manager and a team of employees, including six who milk the cows.

Unlike many modern-day dairy farms, the Martins believe in checking on their cows by foot instead of by ATVs. “We think it helps to develop relationships with the cows,” David says.

This is the third generation of Martins to raise dairy cattle on the farm. Freddie’s father moved to the farm in 1950, when Freddie was 10. He bought 120 acres and hand-milked Guernsey dairy cows. The original parlor still stands in the shadow of the new pack barn facility.

David graduated in 1992 with a degree in agricultural economics from the MU College of Agriculture, Food and Natural Resources. He credits MU’s “Returning to the Farm” seminar with a smooth transition back to the farm.

Photo available for this release:
http://extensiondata.missouri.edu/NewsAdmin/Photos/2018/martin0216.jpg
David Martin, a 1992 graduate of the University of Missouri College of Agriculture, Food and Natural Resources, checks out the milking parlor where cows are milked three times daily at Martin Prairie Farms. Photo by Linda Geist.

David Martin, a 1992 graduate of the University of Missouri College of Agriculture, Food and Natural Resources, checks out the milking parlor where cows are milked three times daily at Martin Prairie Farms.

David Martin, a 1992 graduate of the University of Missouri College of Agriculture, Food and Natural Resources, checks out the milking parlor where cows are milked three times daily at Martin Prairie Farms. Photo by Linda Geist