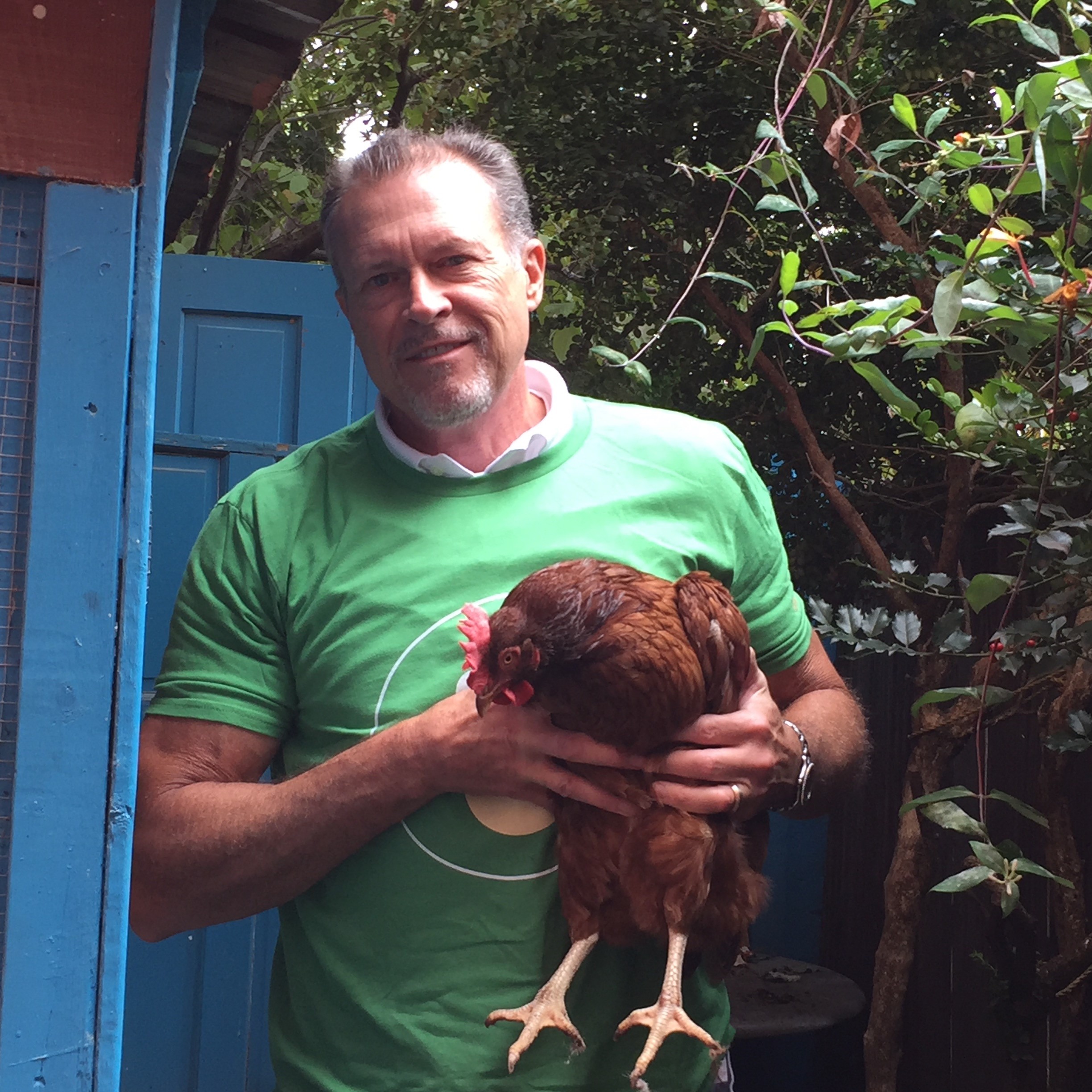 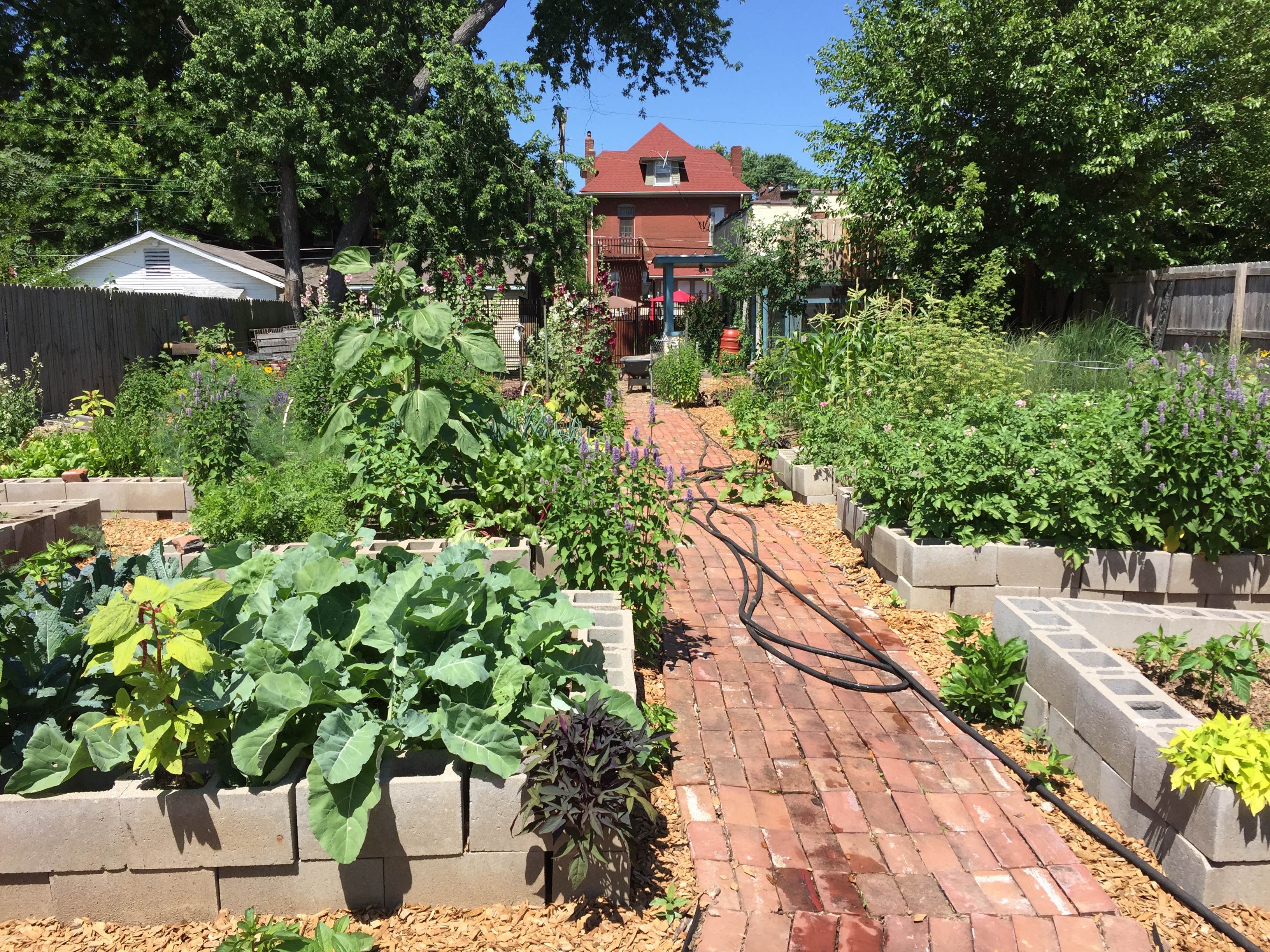 ST. LOUIS – Master Gardener Paul Whitsitt takes the farm to the city and the city to the farm.

Whitsitt owns Kitchen House Coffee in St. Louis’ trendy Tower Grove East community. Out the back door, chickens earn their keep by laying eggs for the restaurant’s quiches and egg sandwiches. They also entertain curious customers who browse books on sustainable gardening and beekeeping. Other customers carry on conversations amid the clucking of the chickens, the hiss and groan of the espresso machine, and the lively banter between barista and coffee drinkers.

Whitsitt learned gardening through University of Missouri Extension’s Master Gardener program in 2014. A perennial student, Whitsitt practiced law and served as director of Chicago’s public school libraries before moving to St. Louis in 2012.

He says he had limited “trial and error” gardening skills before moving to St. Louis. He then attended gardening workshops in the St. Louis area and learned of MU’s Master Gardener program. “It was just what I needed when I needed it,” he says.

Food at the coffeehouse goes full circle. Whitsitt composts coffee grounds and food scraps from the restaurant for his urban garden. The compost fertilizes vegetables and herbs for food and specialty drinks at the restaurant.

Whitsitt wanted to create more than just a restaurant when he opened the coffeehouse. He wanted to provide a sense of community and promote urban gardening and sustainability.

The Tower Grove community, with its parks, festivals, farmers market and arts community, seemed ripe for the concept. The austere exteriors of the 1890s brick buildings in the neighborhood, including the coffeehouse, open to surprisingly intricate architectural details inside.

Whitsitt’s garden grows in the heart of the city. He bought the abandoned lot at a tax sale. He and his husband, David Rodgers, own the historic house in front of the lot. They demolished an old, dilapidated house on the back lot and kept the summer kitchen house, which is now used for additional chickens. Beehives also are on the property. Raised bed gardens fill the rest of the lot.

The produce includes lettuce and tomatoes for salads, kale for smoothies, and eggplants, garlic and sweet potatoes for soups. Holly Records, MU Extension educational program coordinator in St. Louis County, says the garden shows how urban dwellers can make use of parts of their yards or abandoned properties to grow healthy food.

Kitchen House Coffee is one of the sponsors of the eighth annual Sustainable Backyard Garden Tour on June 10. The tour promotes the conversion of unproductive lawn and pavement into something useful and restorative. Go to sustainablebackyard.org for more information.

http://extensiondata.missouri.edu/NewsAdmin/Photos/2018/beds3.JPG
Whitsitt’s garden makes use of an abandoned lot sold at a tax sale. It is behind his home and makes use of an area that was previously unproductive and unattractive. Photo courtesy of Paul Whitsitt.

Whitsitt’s garden makes use of an abandoned lot sold at a tax sale. It is behind his home and makes use of an area that was previously unproductive and unattractive. Photo courtesy of Paul Whitsitt.