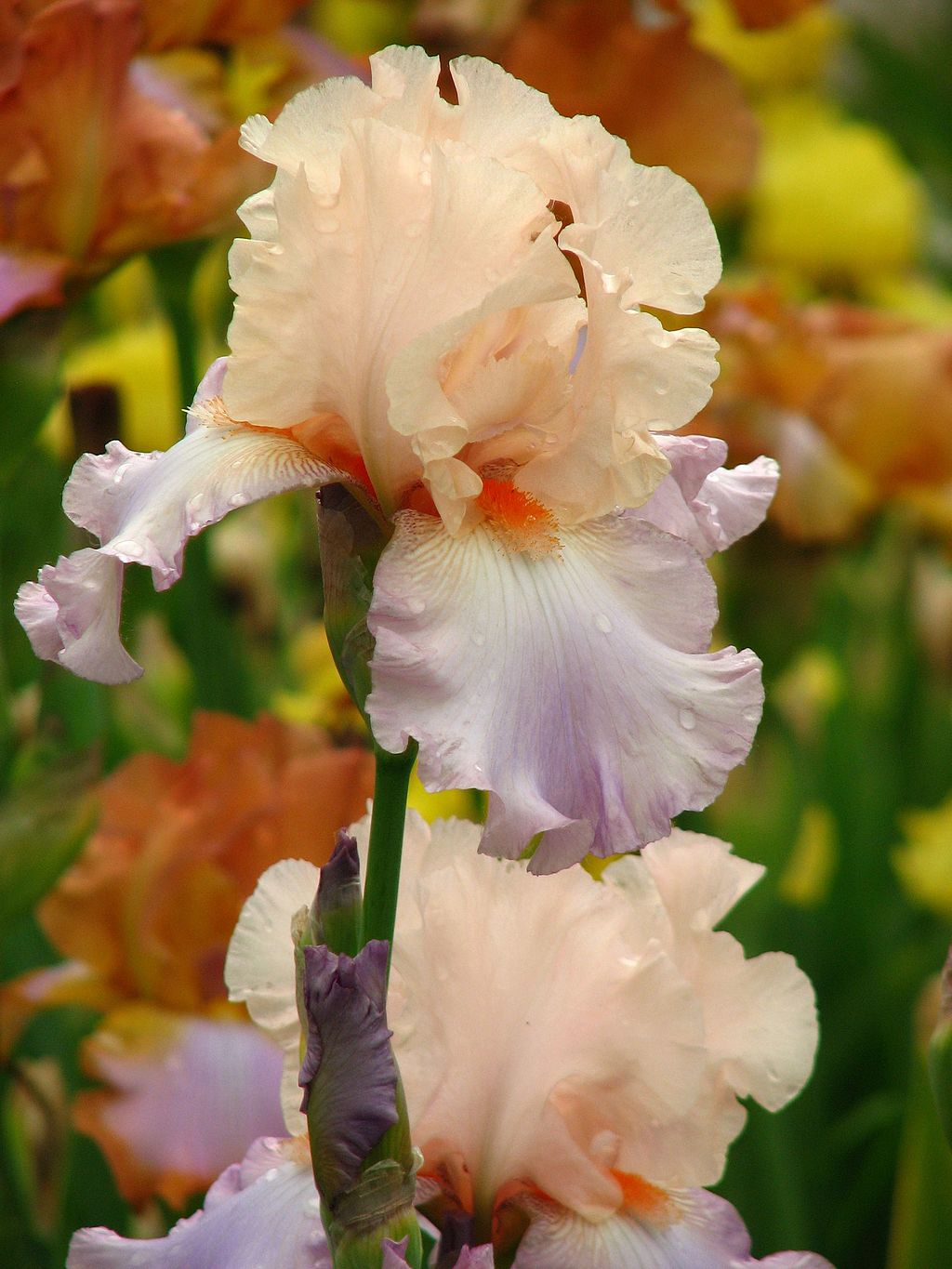 COLUMBIA, Mo. – According to Greek mythology, the gods sent the goddess Iris to bring messages to mortals. Dressed in colorful robes, the golden-winged messenger traveled to earth on a rainbow.

Fittingly, the flowers that bear her name burst with intricate, delicate beauty in a rainbow of colors, says University of Missouri Extension horticulturist David Trinklein. The National Garden Bureau named iris as its perennial plant of the year.

More than 3,000 years ago, King Thutmose III of Egypt returned from the conquest of Syria with irises for his garden. To the Egyptians, the three petals represented faith, wisdom and valor.

In modern irises, the petals stand upright while the three adjoining sepals, known as “falls,” droop downward. The shape of the iris inspired the fleur-de-lis, a design often found on flags and coats of arms.

The most popular garden iris today is the German or bearded iris. The latter name comes from the thick, bushy “beards” that appear on the sepals and attract pollinators.

“By careful selection of bearded iris varieties, a gardener can enjoy a remarkable range of colors and a bloom season that extends for weeks,” Trinklein says. Some bearded irises bloom again in the summer or fall.

Irises grow easily. They need at least eight hours of direct sun and a well-drained garden loam. Transplant at any time, although August to mid-October is preferred. Divide clumps when blooming declines—every three to four years under normal conditions. Reduce the size of the clump by removing several small divisions, leaving part of the clump in the ground, or by digging the entire clump. Replant a few large rhizomes.

“Because of their hardiness and beauty, irises are among the most shared plants of gardeners,” Trinklein says. “Relatively few iris are sold in commerce, since most gardeners get them free from friends and neighbors.”

Propagate irises by dividing their fleshy rhizomes. A propagule must have at least one growing point (fan) attached in order to survive. Expose the top third of the rhizome to the sun when planting. Shallow planting is best. Space 12-24 inches apart. Plant closer for more color impact. When planting closely, divide every two to three years. Water rhizomes immediately after planting.

For the National Garden Bureau, 2020 is not just the Year of the Iris. The year also marks the nonprofit’s centennial. NGB founder James Burdett’s background as a journalist and advertising manager for a seed company helped him appreciate the role of the media in public education. He pioneered the idea of enlisting horticultural writers and broadcasters for mass education to increase the number of gardeners. Follow NGB on Facebook at facebook.com/nationalgardenbureau or on Twitter at twitter.com/NatGardenBureau.