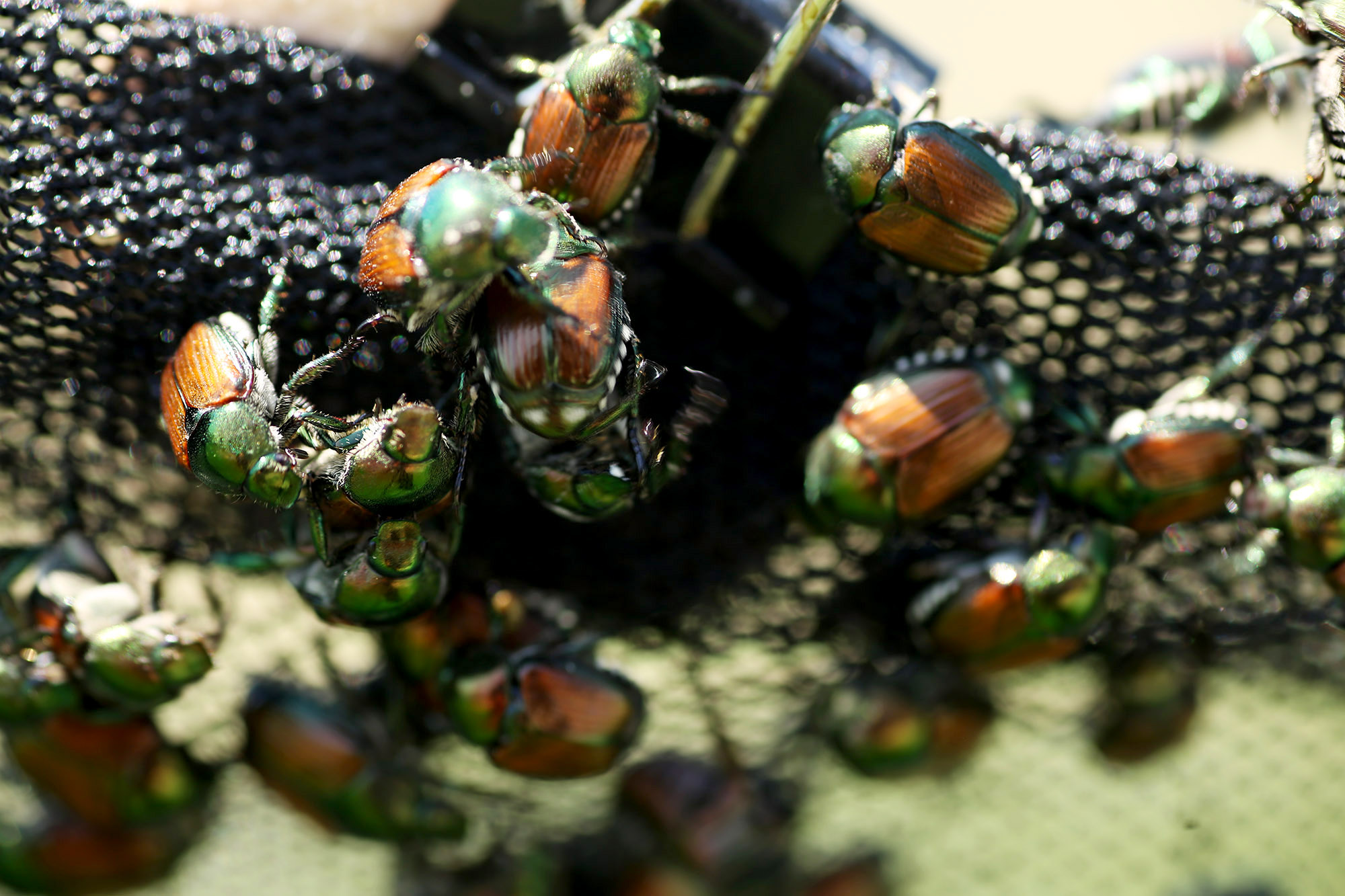 Japanese beetles cause severe economic losses on farms and disappointment in home gardens.

Adult beetles feed on corn silks and soybean foliage. They also damage the foliage and fruit of more than 400 species of flowers, shrubs and other plants.

Currently, pyrethroids are the best knockdown control measure for them, says Rice. In corn, chemical control is justified when there is an average of more than three beetles per ear, silks are clipped less than ½ inch and pollination is less than 50% complete.

The beetles move quickly from nearby woods, fields and lawns to re-infest an area, so multiple applications might be necessary.

Tamra Reall, MU Extension horticulturist in the Kansas City area, says choosing the “right plant for the right place” can help reduce populations. Rosebushes, rose of Sharon and hollyhocks are among the beetles’ favorite choices.

The adult Japanese beetle is a little less than half an inch long and has a shiny, metallic-green body and bronze-colored outer wings. It has six tufts of white hair under the edges of its wings. Japanese beetles produce one generation each year and can burrow up to 12 inches into the soil to survive the winter.

Visit MU Integrated Pest Management’s Pest Monitoring Network at ipm.missouri.edu/pestMonitoring for information and alerts about Japanese beetles and other insect pests. You can also subscribe to email alerts for selected insects in your region.