White clover is a legume adapted to cool, moist climates. In Missouri, it is presently grown on about 8 million acres of pastureland in combination with perennial cool-season grasses. Like other legumes, the forage it provides is both palatable and nutritious. All cattle relish white clover but have a tendency to overgraze it in mixed pastures. A rotational grazing system helps manage this problem. White clover has good tolerance to poorly drained soils, but it is not drought-tolerant. In addition, white clover causes cattle to bloat if used as the only forage in the diet. Because of its high forage quality, white clover has wide application in grazing systems. 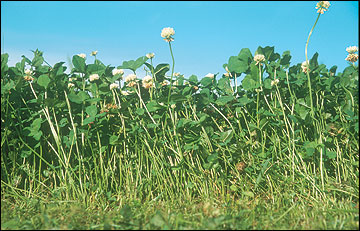 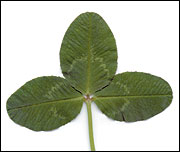