Alsike clover is a short-lived perennial grown on an estimated 300,000 acres in Missouri. Alsike clover’s claim to fame is that it tolerates wet, heavy soils and flooding better than most other legumes. Alsike clover stems are weak, and the plant lodges easily. For this reason, it is almost never grown in pure stands and is only seldom used for hay. Although it is not as productive as red or white clover, alsike clover withstands grazing well. It produces best in a rotational grazing system where it is grazed to a 3-inch stubble height every 28 to 35 days. Alsike clover’s nutritive value is similar to white clover, and cattle find it palatable. 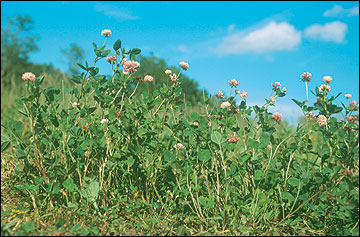 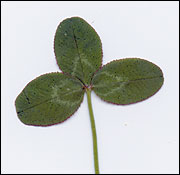 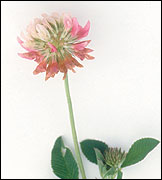