Alfalfa is a perennial legume that is one of the most important forage crops in the United States. Generally used for hay or silage, it is increasingly used to provide high-quality pasture in rotational grazing systems. Its deep root system allows it to withstand drought better than most other legumes. Alfalfa grows well with other grasses in a mixture. However, alfalfa grown alone can cause bloat in grazing animals, and alfalfa itself is prone to a number of insect and disease problems. Alfalfa produces and persists poorly on shallow or poorly drained soils and should not be planted on such sites. Despite this, alfalfa is important statewide, and it is grown on more than 700,000 acres. 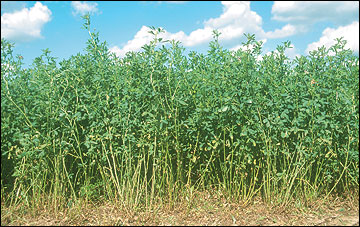 Yield distribution of alfalfa in Missouri. 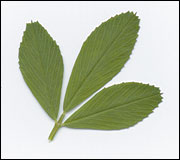 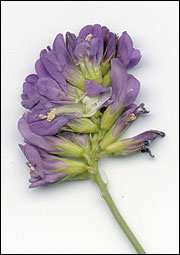